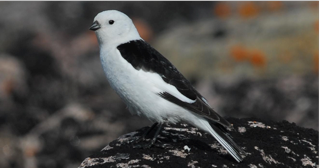 Your donation of $20.00 would be appreciated. Please call Betty at 519-944-0825 or email at bettlear@mnsi.net to indicate that you will be attending. Refreshments will be served. 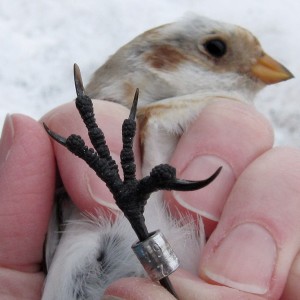 Snow buntings are the archetypical Canadian snowbird arriving early in the high Arctic in spring to breed, and magically appearing on Southern wintering grounds just as heavy snow begins to fall. Although these robust birds would seem to have the ability to deal with any problems sent their way, recent surveys by the National Audubon Society have reported that US populations have declined by 64% in the past 40 years. To understand whether Canadian populations are experiencing these declines, and to understand the potential mechanisms behind these population crashes, we are tracking the success of the species across the entire year by directly monitoring breeding ecology in the Eastern Arctic, migratory timing and routes, and wintering populations in Southern Canada. We are combining field data with historical analyses of population dynamics to understand whether changes in agricultural practices and climate are behind potential declines. This information will give Canadians a better understanding of how the changing Arctic and Temperate world affect this persistence of this important species. 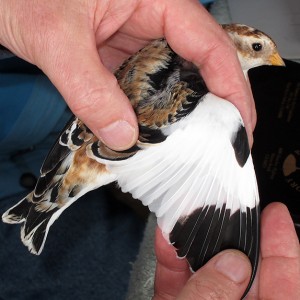 As of September 4, 2013, Dr. Love writes: We have made huge progress since I last spoke with your group (April 2010) and I have many very interesting things to tell the group about snow buntings.